Diane is the voice of ‘Halgrim’ in Puzzle Chronicles, developed by Infinite Interactive and published by Konami.

Release date USA: 3 February 2010. Global release 18 February 2010. Character voices feature in the PS3 and other platform versions to be released later this year. 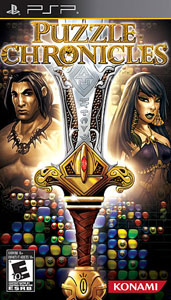 It was a pleasure adding Diane’s wonderful voice to our cast – quick and professional delivery of assets, and a fantastic read for our character!
Bart Klepka, Audio Producer, Infinite Interactive Puzzle Chronicles