I voice the character Luke in the promo trailer for the new iPhone game Tweet Defense.

Developed by Promethium Marketing and Grinlock, it is the first application to combine social networking and gaming in this way. 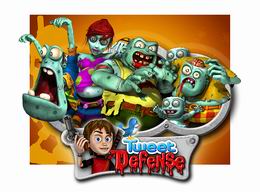 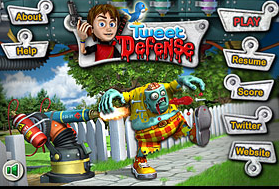 We required a voice talent for the lead character in a short animation for the promotion of the iPhone game TweetDefense. Diane gave us just the right style and tone we were looking for. She brought the character to life giving him the boyish, cheeky, confident feel that he represents in the animation visuals. Diane also brought her own enthusiasm into the project and I am sure this will play its part in the success of the game.
Philippe Ingels, CEO GrinLock Limited UK, co-producers of Tweet Defense